Minami Sayaka (Nakamura Anne) has no relationship experience but has harboured a crush on her childhood friend (Otani Ryohei) for 15 years. One day, she wakes up confused and scared in an apartment–an apartment she lived in with her colleague (Furukawa Yuki). Sayaka realizes she lost her memory for three months.

Before Sayaka (Nakamura Anne) loses her memories, her attire is much more reserved. When she wakes up in the apartment, she looks like a different person. Though, her personality before and after are painfully similar: she lacks confidence in work and love.

She does, however, confess to Ryohei twice which she gets rejected twice. Additionally, her work ethic does improve: initially, she blames Shohei’s ex-girlfriend for her terrible attitude towards her but she realizes that the problem stemmed from mixing personal conflict with work.

Machida Shohei is a quiet, kind, and confident man who takes an interest in Sayaka. He falls for her because she puts her best in everything. However, he gets heartbroken when–before she loses her memories–tells him that she has mistaken her feelings for him. But this was a misunderstanding as Sayaka broke it off with him for Shohei to pursue a position in London.

Sayaka’s childhood friend and crush, Ryohei, was going to marry. However, his fianceé decided that she wasn’t ready or wanted marriage. Heartbroken, Ryohei–at one point–tried to get with Sayaka. However, Sayaka was technically already in love with Shohei. It’s… unclear why Ryohei suddenly takes an interest in Sayaka. (I think it’s to throw some more twists and turns.)

I would’ve liked his character a lot better if he acted as a supporting character for Sayaka rather than get involved with the mess. It was Ryohei who clears up the misunderstandings of Sayaka’s memory: he tells her that her feelings for Shohei are real and nothing happened between them that night. 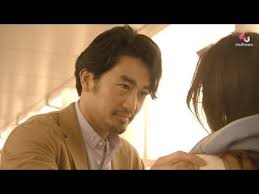 The ending, however, wraps it up well. Despite the cliché airport scene, Sayaka and Shohei end up together with Shohei leaving for London for the new job. Ryohei and his ex-fianceé are business partners but hint at a possible reunion. Shohei’s ex-girlfriend is doing well for herself on her own.

Overall, the drama was mediocre with a good cast.  If you’re a fan of romantic cliché’s or wants to watch for the laughs, this might click for you. If not, I would recommend passing to save yourself the questions and facepalms.

A coffee and tea enthusiast who’s always looking for a cat to cuddle. View all posts by Annie